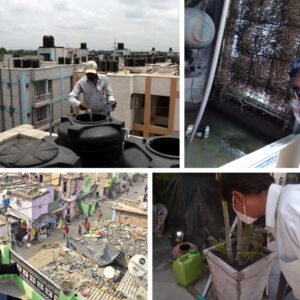 MCD ( Municipal Corporation of Delhi ) had recruited 3500 DBC employees who have won the case in Delhi High Court. The court has been disregarded by the MCD. They are not being given permanent salary even after the permanent order of the court.

But the department did not support them, and even after many meetings, they have not solved them for 25 years.

Let us tell you that DBC Workers have a lot of role in reducing dengue in Delhi, in 2015 the cases of dengue were increased to 15,867 and 60 people died but due to the hard work of DBC Workers, this figure was of just 1,000 cases in 2020. To prevent dengue, DBC Workers climb roofs and check tanks and home coolers and put medicines in them. Workers should not be tortured so much when the department has recruited them.

DBC Workers have been working hard since 1996 and many have given their lives. Now it should be noted that due to such a long time, the MCD has lost the confidence of the employees themselves. Therefore, now they should implement the order of the High Court to arouse confidence in them, otherwise it will not be a justice and there will be loss of compassion and humiliation of the employees. The 25-year-long period of these employees must be taken care of. The salary of permanent employee should be released immediately for these employees.

When an ant and birds and animals are also taken care of very much in our Indian civilization, why are these workers not given their rights?

Therefore, they are requested by the Government of India and the Corporation to consider it seriously and take an early decision and issue an order and make this auspicious work very fast and regain the confidence of the employees on your behalf.